Iceberg is an Italian fashion house founded by husband and wife Silvano Gerani and Guiliana Marchini in 1962.

Iceberg was one of the first companies to offer fashionable sportswear, and its innovative designs and uses of knitwear—as coats, in bright colours, featuring elaborate designs or artwork, even cartoons—capitalized on the latest technologies and materials. The company’s first boutique in Milan was opened in 1989, and a New York showroom was opened in 1991. By the 21st century, the brand had gained notoriety in the hip-hop and pop music circles, and its product range included clothing for men, women and children, eyeglasses, watches and perfume.

The first Iceberg fragrance, eponymous women’s scent Iceberg, in an unusual zig-zag bottle, was launched in 1989. The men’s companion scent was launched in 1991. A series of men’s and women’s fragrances have been released by Iceberg since that time.

Shop and discover Iceberg fragrances for Women and Men at Fascination Perfumery. 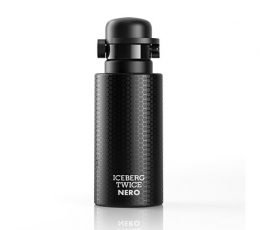 Iceberg Twice Nero For Him 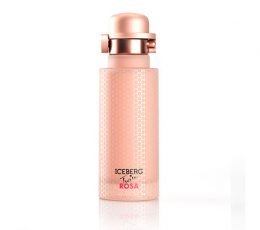 Iceberg Twice Rosa For Her