What you are looking for?
Brands
Capacity
Active filters
Range

Known for their luxurious fashion lines and seductive fragrances, you can’t beat a Jean Paul Gaultier creation. Flirty, flamboyant and utterly fabulous. The French designer experiments with classic themes, redefining gender roles and creating some of the world’s most daring and evocative fragrances.

As soon as they were released, the Jean Paul Gaultier fragrances enjoyed worldwide success, breaking records. The iconic Classique and Le Male were the hottest couple around! Their sculpted bodies, striking metal tins and sensual aromas have conquered the world. In a campaign by Jean-Baptiste Mondino, an amorous sailor says clearly and simply: “You smell good, you know“. Enough said!

Discover, try and buy some of the brand’s most popular scents at Fascination Perfumery including Classique, Le Male, or Scandal. 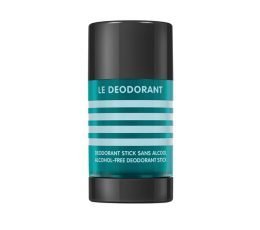