What you are looking for?

First unveiled in 2015, a cloak of mystery enfolds this French perfume house. Artistic director Sonia (her surname is secret) prefers to talk about the influence of Patrick Suskind’s book ‘Perfume’ – and the power of perfume.

As she puts it: ‘In the beginning, in ancient Egyptian times, perfume was used for everything except to smell good. It was used to create magic, to attract love, to purify the home, to communicate with the gods, to cure and to cleanse the body. Even up until today, in some countries, you have that culture of perfumes being used to clean and purify – in Morocco, Algeria and Tunisia, for example. Even in the Middle East, where they know perfume better than anyone, perfume is still used as an object of power.’

‘Initio’ is a Latin word, so we’re told, with two meanings: ‘the origin’, and ‘initiation’ – and this renegade new perfume house sets out ‘to initiate perfume as an object of power.

Delves deep into ancestral memories of perfume, this collection celebrates the rediscovered grandeur of the world of scent, restoring all its significance and elevating it towards the sublime the absolutes call upon a selection of mystical, narcotic substances, stealing their unutterable powers for their own. These fragrances leave a powerfully charismatic sigh lingering on the air in your wake.

The empire of the senses

Led by the nose…

Such is the history behind Carnal Blends, a collection that dares to engage with fantasy-fuelling ingredients, carnal notes, committed, powerful and distinctive couplings, and celebrates transgressive fragrance compositions with the power to awaken pleasure, to stir physical attraction.

The Carnal Blends collection is made up of uncompromising fragrances.

To be worn alone or layered, use one fragrance of the magnetic blends to reinforce the strength of another. In light touches, this collection plays an initiatory role and leads you further and further into the alchemy of fragrance.

What on earth is the source of the feverish pleasure fragrance brings? The answer: sublime natural ingredients, a perfect harmony, the purest equation in perfumery and the highest quality formula.

Sacred geometry is based on powerful symbols reflecting fundamental shapes found in nature, cellular structures and the universe. 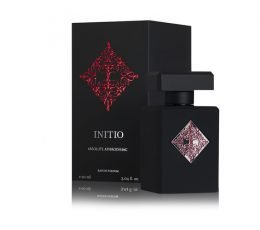